Alright then, let’s admit it: fall is on its way. We’re having some pretty good weather over here (‘here’ being France, kind of between Paris and Lyon) but the nights are getting chilly. After 10 months of travelling we’ve settled down on the French countryside instead of going back to the Netherlands. For now we’re living in the holiday house of Stef’s parents but we’ll be building our own dwelling this fall. But let’s get back to sewing now! It’s not really shorts weather anymore but I really wanted to make a second version of my self drafted shorts. To see if I could get the fit right this time, and just to get some more experience with fly fronts, topstitching, etc. I want to tackle jeans this winter and since the most work goes into the top, shorts are a great way to start.

I got the fabric at IKEA, after spying Anneke’s dress. I was surprised to find that it was a medium weight cotton, a home decor weight. They also had the same print in a lighter weight beige in the curtain section, but beige is the worst color for me. So blue it was, and I thought it’d be great for shorts.

I had transferred all the fit adjustments from my previous shorts to the pattern, but it looked kind of weird so I toned them down a bit. Do you have that too, that you draft a pattern with what should be your measurements, and then think, do I really look this weird? Well the toning down had the result that the fit issues with this one were again the low crotch and the gaping back, but not as much as last time. I left off the cuffs this time because I didn’t want to interrupt the pattern on the front, those flowers look so beautiful. The zip fly went in smoothly, I really like this steep in the process. Maybe because it looks more difficult than it is.

I always cut with 5/8″ or 1,5 cm SA so I have enough fabric to adjust. They fit pretty well, although I discovered some new fit issues I hadn’t noticed the first time. First, my hipbones stick out a bit at the front, making the pocket want to pop out. I drafted an overlap of 1,5 cm for the pocket and lining, but you can still see the lining. I’m not sure how to fix this yet. I could give the pocket even more overlap, but this issue also creates some wrinkling at the pocket side seam. Which is another problematic area, because there I have a kind of dent on the side. I can pinch out a horizontal dart there, with the side seam in the middle, so maybe I have to find out how to transfer that to the pattern but without actually having to draft and sew a dart there. I’ve checked with my Pants for Real People book but these fit issues arent in there. Hmm… puzzles!

Despite these fit issues I’m pretty happy with these shorts. I love the print, it’s fun but the colours are kind of basic so easy to pair up. And because they’re part of my summer capsule wardrobe, I paired them with the shirt I made earlier. The shirt is also self drafted and this is not the first version. I’ve been working on getting these sleeves just right since spring and with this version I’m finally happy. Well, almost, I’ll make them a little bit shorter for the final version. I used a facing instead of bias binding for the neckline. It’s the same width as bias binding and the construction method is also the same, but the difference is that it has the same shape as the neckline, making it much easier to get flat corners. It’s another pattern piece to cut out, but I think it’s much easier to get nice flat necklines with a facing.

So there you go, another addition to the summer capsule wardrobe! There’s two more additions actually, coming up soon. I’ve started planning my capsule winter wardrobe already, I even made a colour palet and a little list of what garments I should sew. We’ll see what comes of that though, it’s very well possible that I’ll be sewing sweaters in spring still. So what’s first on your autumn sewing list?

P.S. Also, this: follow this blog with Bloglovin or with Feedly

As the date is drawing closer (7 weeks to go!) I’m beginning to feel a tiny bit more pressure. I’m trying not to get worried yet, I’m having so much fun already with this project and I don’t want to spoil it. Since many people have apparently bought this pattern, I’m going to keep a journal of my alterations and findings as I’m working on it. This is where I’m at so far.

For a long time since I made my first button down, I have been striving to make the perfect shirt. I’ve made myself three other shirts since then, plus two for Stef, but I never felt like I did with that first one. I wear them all the time and each one looks better than the last. Making a classic shirt is very satisfying, there’s so many details and techniques to master. The thing is that my idea of ‘perfect’ has shifted and will probably keep shifting. ‘The perfect shirt’ for me then was a combination of the right fabric, the right pattern and discovering that I could make a shirt. Now I have so much more eye for detail that it seems ‘perfect’ will always be just out of reach. With this new plaid Archer I’ve come pretty close though, and maybe that’s just as good as it gets. 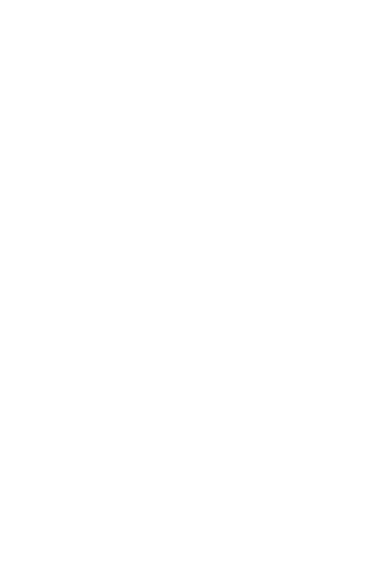 I’ve finally used that gorgeous crepe I’ve been hoarding, and I found the perfect pattern for it: the Roscoe Blouse. It’s a garment that will last me at least a few more weeks into my pregnancy because it has so much ease, but it’s not a maternity design so I can wear it for the summers to come, too! Read more about it on the Maternity Sewing blog.

It’s been too long since I did a round up of the creations people have made with our new patterns. Did you know you can find them at any time on our Pinterest board? Just in case you need some inspiration. If you’d like us to find your garments too, tag us on social media @paprikapatterns (Facebook, Instagram and Twitter) or use the pattern hashtag. A lot of great makes have popped up this Autumn and Winter and here are some of my favorites. Enjoy!

Sewing the Onyx cuffs is not the most difficult step technically, but the construction method might be new to you. The cuffs are designed as separate pattern pieces to get a better fit with the sleeves. You know those T-shirts with rolled up cuffs that stand at a different angle than the sleeves? Those ‘wings’ are a pet peeve of mine, and it’s what you get when you roll up a tapered sleeve. The Onyx cuffs have a zig zag edge and thus fit their sleeve perfectly. To better understand the sewing process, we’ve made this tutorial. We’ll follow Step 5 of the Onyx instructions.